Whether you and your loved ones celebrate Thanksgiving with a roasted turkey or ham as the main course, they are both safe for your braces! We recommend cutting the meat into smaller, more manageable pieces in order to avoid any damage. If you like adding dressings or cranberry sauce, make sure to avoid eating anything with nuts or crunchy ingredients.

Macaroni and cheese, green bean casserole, stuffing, yams, rolls, and mashed potatoes are all soft and approved sides. It’s also important to eat your vegetables! Broccoli, carrots, brussels sprouts, cauliflower, and other savory vegetables are in the clear as long as they are fully cooked or steamed. If corn is a part of your meal, please make sure not to eat if off the cob.

Any Room for Dessert?

Pie, cheesecake, cake, cookies – it’s the holidays and you should treat yourself! However, do try to avoid consuming whole fruits like apples (cut them in wedges first), nuts, caramel, popcorn, and hard candies. In addition, always remember to brush your teeth thoroughly afterwards, cleaning the crevices and edges of your teeth!

We at Advance Orthodontics would like to wish you and your family a Happy Thanksgiving!

AND HAPPY NATIONAL DENTAL HYGIENE MONTH FROM YOUR TEAM AT ADVANCE ORTHODONTICS! 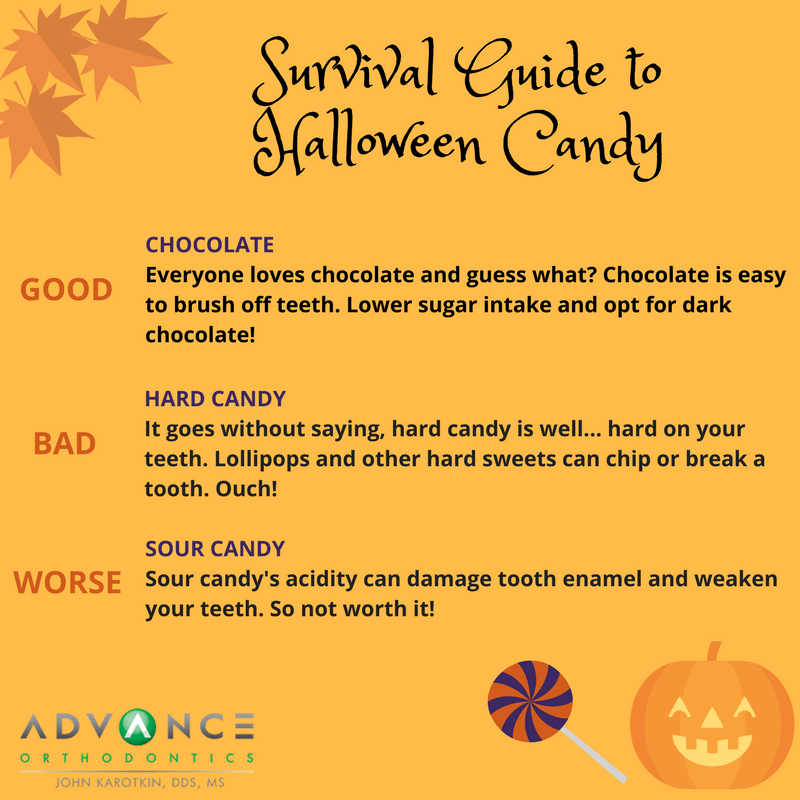 If you must indulge in some candy, just make sure to brush your teeth. Take care of that smile!

Dental care is more than visiting your dentist or orthodontist every couple of months. It’s also about holding yourself accountable for at-home best practices. Brush your teeth well and… FLOSS! Why’s it necessary? 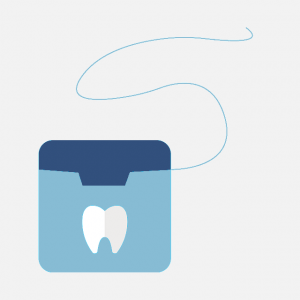 But What About Braces?

Flossing is often forgotten to braces wearers. Perhaps because most people can wonder, “Well how can I floss with these wires?” Colgate’s friendly blog has a couple suggestions we think work well!

Flossing is important for everyone, especially for braces wearers. Take care of your teeth while you are perfecting your smile. If you have any questions, our team at Advance Orthodontics is more than happy to help! Contact us today.

The History of the Toothbrush, Toothpaste and the Habit of Brushing

Where did toothpaste and the toothbrush come from, and why do we brush our teeth twice a day? We explore all these questions and more beginning with the toothbrush and the habit of brushing.

The Toothbrush and Brushing Twice a Day

Did you know the modern toothbrush as we know it wasn’t invented until the late 1930’s? Up until 1938, toothbrush bristles were made from horsehairs, boar hair or feathers. This practice of using natural bristles can be traced back to the Chinese, who would attach bristles from pigs’ necks that were then attached to a bone or bamboo handle. By the 1950s, softer nylon bristles were being made, as people preferred these over the harsher natural bristles thanks to popular brands like Dr. West’s Toothbrushes. Fun fact: the first electric toothbrush was invented in 1939, but wasn’t introduced to the public until the 1960s!

The common practice of brushing your teeth twice a day was not all that common until the end of WWII. Dentistry was often overlooked and viewed as unimportant prior to WWII. Soldiers often looked at dentistry as a burden and more of an inconvenience during the war. Recruits had such bad rotting teeth that the government prioritized healthy teeth, instilling the brushing twice a day rule to their daily routines. Returning soldiers brought back the habit of brushing their teeth twice a day which eventually became common practice amongst the general public.

Ancient Egyptians are believed to have been the first civilization to start using a paste to clean their teeth around 5000BC, Ancient Greeks and Romans are also known to have used toothpastes, in addition to people in China and India around 500BC.

The ingredients in these ancient toothpastes were quite different from what we find in our toothpastes today. For example, the Greeks and Romans favored ingredients such as crushed bones and oyster shells, while the Chinese used a wide variety of substances in toothpastes over time that have included ginseng, herbal mints and salt.

In the 1800’s early versions of toothpaste contained soap, chalk and betel nut and usually came in a powder. During the 1850s, a new toothpaste in a jar called a Crème Dentifrice was developed and in 1873 Colgate started the mass production of toothpaste in jars.

Up until the early 20th century, toothpastes contained soap which was eventually replaced by other ingredients such as fluoride and sodium lauryl sulphate, a common ingredient in present-day toothpaste.

Well there you have it folks! Brushing our teeth has had a long history spanning thousands of years across various civilizations. Share your thoughts with us and don’t forget to share this post by clicking the social site of your choice below.

It’s common for patients to feel anxious about their dental appointments. At Advance Orthodontics, we work with you to the best of your comfort. Your smile and care are important to us. 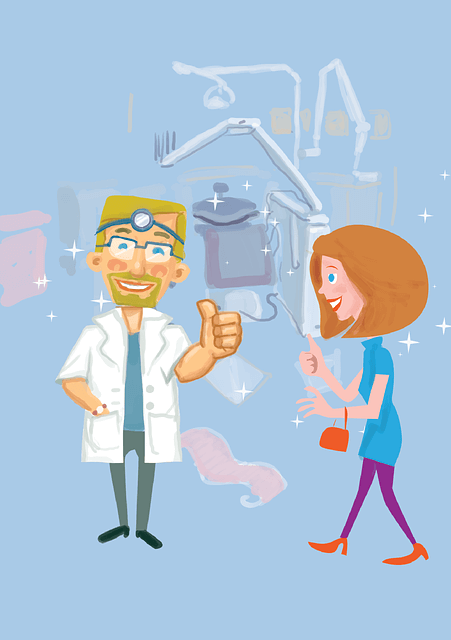 Advance Orthodontics always wants your visits to be safe and comfortable for you. Talk to us and we’ll work the best way for your benefit. Call today for an appointment: 713-783-8888 or contact us online.

Summer 2017 is just around the corner and once again, Advance Orthodontics is here to tell you about fun summer foods. Don’t let braces stop you from enjoying refreshing, delicious summer snacks.

The hot weather during summer makes us naturally reach for lighter foods. Plenty of these foods can keep you hydrated as well so you don’t have to stop the summer fun. But be careful about the foods that can get stuck in your teeth, or are too hard. Read on to see what fun foods are best for your braces.

We Recommend You Stick To…

Fruits like watermelon, grapes and berries are sweet and composed mostly of water. They’re easy on the teeth and a great alternative to processed treats—fruits are nature’s candy. Just make sure to cut up harder fruits like apples.

Chips, especially corn chips or hard taco shells, are a food you might want to avoid this summer if you’ve got metal in your mouth. In a similar vein, corn on the cob is better replaced by corn off the cob.

It might be tempting to chew on some ice to cool down, but try to resist the urge. Chewing ice is bad for teeth and worse for braces. Don’t break a bracket… let it melt!

What’s better than a fresh-scooped cone dripping stickily down your fist? Ice cream is the quintessential fun summer food. It’s cold and creamy and full of calcium that strengthens your teeth.

Soup? When the sun is blazing and everything in the distance wiggles like a mirage, how about a cold soup? Gazpacho is a Spanish tomato soup served cold. It’s a perfect refreshing meal for those lazy dog days and should pose no trouble to teeth, braces or not.

Advance Orthodontics hopes you have a great summer and remember to keep up with your visits. Are you new to orthodontic care? Contact us for a consultation today. 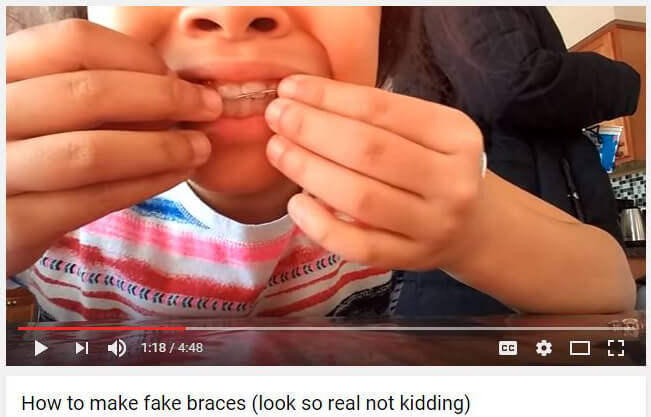 Fake braces are trending and we couldn’t be more horrified!

“Omg awesome,” is the description on a recently uploaded YouTube video titled “How to make fake braces.”

Far from the truth! Trends like home-made aligners and braces are not only a terrible idea but can be dangerous too. Foil, rubberbands, paper clips – don’t all those seem like they’d be uncomfortable in your mouth? Yes, because they aren’t suppose to be there in the first place.

As experts in oral healthcare, we remind you that you only get one set of permanent teeth, so please make sure they are taken care of by a professional! If you really want that great smile, make an appointment with us to discuss your options.

Learning how to straighten teeth, close gaps, and correct bites takes years of specialized training in orthodontic specialty residency, and that’s AFTER four years of dental school. DIY orthodontics tries to bypass all of the specialized diagnostic, treatment planning, skills, techniques, and equipment at our disposal.

There are reports of people losing teeth and doing permanent harm to their gums and jaw bones by attempting DIY orthodontics — don’t risk it!

From All Around the World 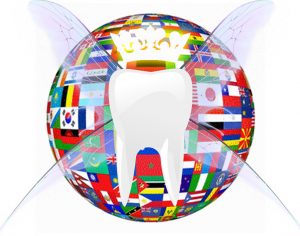 Magic is the currency of childhood. To believe in elves, goblins, trolls and fairies is one of the pleasures of being little. Some spirits are dark and scary and help kids face their subconscious fears while others are light and sily and bringers of good fortune. The Tooth Fairy is one good sprite.

She (74% of people think the tooth fairy is female) is small, angelic, with wings of gossamer. She is so light on her feet and nimble of finger, that she can slip into your room as you sleep, find your precious tooth under your pillow and take it, without you knowing a thing. And in the tooth’s place she leaves you riches!

For many of us, that meant a shiny quarter under our pillow when we woke in the morning. Very exciting! These days, I hear inflation has hit the Tooth Fairy business and kids are getting more for a tooth!

The earliest recorded legend of the tooth fairy comes from the Norse and Northern European people of the 13th century. In Spain the Perez Mouse is a figure similar to the tooth fairy, originating in Madrid in the 1890s. In Italy she is also replaced by a small mouse named, Toponino.

Did you believe in an angelic fairy flying into your room? A mouse scurrying under your pillow? Tell us! 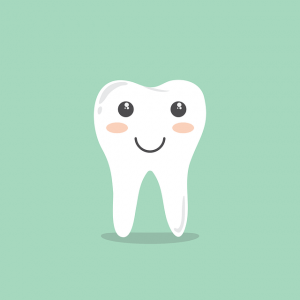 Spring has just begun and with that, initiatives like cleaning out your closet or your garage are on your to-do list. While you take care of your home and your things, take a moment to also take care of your teeth!

It is a great time to visit us at Advance Orthodontics and get started on that perfect smile you’ve always wanted. Don’t know what to ask for or what kind of treatment you need? Schedule your consultation today and explore treatments that best apply to you.

Invisalign – to correct gapped teeth or bites. Ask us if you can benefit from these clear aligners.

OrthoPulse – latest technology offered by Dr. Karotkin. A twenty minute per day treatment could work for you!

Come in for an examination today. Advance Orthodontics is happy to get your smile on track!

Holiday stockings always include cute little knick-knacks, snacks or toys. At Advance Orthodontics we asked ourselves, why not include a dental twist? We’ve got some great stocking stuffer ideas, check it out!

Start your day with the most important floss of the day! Flavors include: coffee, waffle, and bacon. 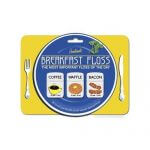 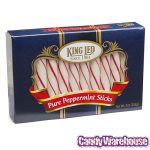 Buy it on Candy Warehouse.

These adorable toothbrush holders make for a great stocking stuffer. Stick these to your mirror and have a place for your toothbrush! 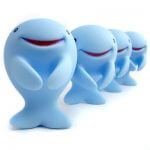