When Were Braces Invented?

Most people know what conventional braces are and how they work. Braces help solve a large number of problems with misaligned teeth. New technologies and ideas have pushed orthodontics forward into forms such as Invisalign. Advance Orthodontics brings you a brief history of braces and Invisalign technology.

The need for braces in order to correct dental problems has been obvious for a long time. There were attempts to implement devices and techniques similar to braces thousands of years ago in Egypt. The remains of ancient people show that some bands brands made of animal fibers on their teeth. Some cultures tried to use finger pressure to move teeth. Not much is known about the extent of these ancient devices, as they never came into widespread use. 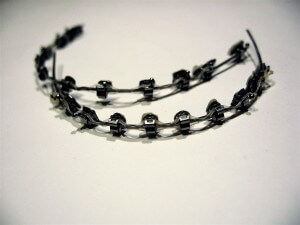 The 18th century saw the development of the first device that might be considered an ancestor of modern braces. This device was called a bandeau. It was a piece of metal arched into a horseshoe shape to match the curve of the teeth in the mouth. The bandeau was tied to the teeth to push them into alignment. It was developed by Pierre Fauchard in France.

The Emergence of Modern Braces and Orthodontics

What most people might identify as modern braces really first appeared in the 19th century. This is a time when many people in several different countries contributed to early orthodontics. This is the period where metal wires were finally used across the front of the teeth. Rubber bands were used to help restrict movement and apply pressure to realign the jaw or teeth. This was also the time when orthodontics started to coalesce into a cohesive science.

The 20th century saw the refinement of braces developed in previous decades. New materials and techniques were used in order to create something that was affordable, more comfortable and less taxing to apply. Braces became so common, they were associated with part of a normal childhood experience. Braces were also refined to handle a variety of malalignment and other dental problems. Metal braces were the standard for the majority of the 20th century.

Taking a Different View of Braces

Zia Chishti was a student at Stanford University when he wore braces. He went through the traditional procedure for braces and ended by having to wear a plastic retainer. This plastic retainer made him take a different view of conventional metal braces. Chishti began to think that a wholly plastic and removable retainer-like device could do the same job as braces, and started the journey toward creating Invisalign.

The Development of Invisalign 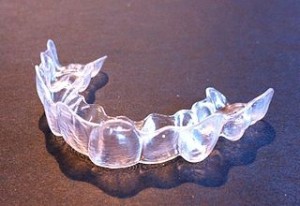 Chishti along with three partners ended up developing a method by which a series of plastic aligners would be used in a progression to straighten teeth. The aligners would be fitted to each person individually. The partners developed computer software to model teeth and connect with manufacturing equipment to create aligners. This became known as the Invisalign system and led to the founding of Align Technology. The Invisalign system was approved for use by the Food and Drug Administration in 1998. Invisalign is incredibly popular today because the aligners are nearly invisible, comfortable and removable.

Advance Orthodontics offers Invisalign as well as traditional braces for our patients. Contact us for more information and schedule your complimentary consultation today!

Trust Your Houston Orthodontist The Truth About Tooth Obsession: USA vs. UK
Scroll to top